Hey everyone! Today we have a stop on the First Born blog tour. This is a great book. There is a review of the book, info on it and the author along with a great giveaway to check out. 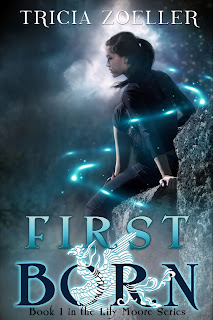 “First Born” by Tricia Zoeller
Synopsis:
When twenty-six-year-old graphic designer Lily Moore shapeshifts for the first time, Atlanta police detectives consult wildlife experts to sort through the bizarre forensic evidence she leaves in her wake. Her traumatic transformation coincides with murder and Lily finds herself the center of a mad vortex of area crimes.

On the run, Lily turns to her younger brother to help unravel the secrets surrounding her boyfriend’s death as well as unlock the mysteries of their Chinese heritage. When a loved one goes missing, Lily finds herself scrambling to find purchase in this new world where there hasn’t been balance for a century.

As she learns to master her new preternatural abilities, she must cut through the lies of those around her. With the police and a killer hot on her trail, can she solve the mystery of being First Born or will family secrets prove deadly?

My Review
Lily Moore's bad date kicks off a chain of events she never saw coming. She blacks out and comes to a different person that what she started out the night as. Finding the police looking for her she goes on the run and hides out at a friends house right under their nose and they don't realize it is her. She manages to get to her brother to see if he can help her figure out what is going on. People who are close to her seem to be in danger and she know she has to figure it out. Her brother does have a few family secrets he know that he finally reveals to her but even he doesn't know how far down the secrets go and what they all mean. Lily finds herself not only hiding from the law but she seems to be the target of danger and has been for a while. She has to figure out, tap into and get her new abilities under control or more people may be in danger. It's time for her to look into the past to hopefully live for the future.

Starting out I wasn't sure what to think of Lily. I thought she was going to be stuck for a while because her fear was controlling her. She really took off as a character for me when she started to control her fear and started using her head. Don't think she is weak because she isn't she really comes into her own in this book. She has so much about her families life and secrets she has to learn it's really a wonder she comes out as strong as she did. At one point when something happens to her back I think I would have died of a heart attack lol. There is several other characters you will get a chuckle out of, hate or in Lily's case lust after at the worse times lol.

I really enjoyed this book as Lily is unique in her power. I would never had seen it coming what happens to her after she blacks out. Her reactions at times are very funny. One seen involving a bald head had me giggling for sure. Yes I am being vague about this book because I don't want to ruin it for others. You get to see a woman come into her own and become something greater in this book. As I mentioned there is several laughs but you also get a different kinda ability to read about. There is danger, secrets to be uncovered and so much more. I highly recommend this book to one and all. Once you start reading you won't want to stop. You keep going to see just what she is going to uncover next or what will happen next.

I love the colors on the cover. The picture fits the book perfectly as well.
4 out of 5 Bats~Pam 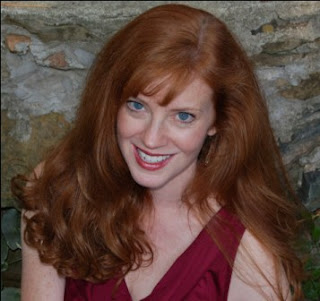 Tricia lives in Marietta, Georgia with her husband, Lou, her little yappy dog, Lola Belle, and her big orange mutant cat, George. Her two stepsons, Joseph and Robert, make stopovers as well, making sure to keep life an adventure.

Tricia earned a B.A. in Journalism and Anthropology from Indiana University in Bloomington. After moving to Atlanta in 1992, she obtained her Masters of Education in Communication Disorders from Georgia State University and spent a decade working as a Speech-Language Pathologist, most recently in the pediatric field treating children on the Autism Spectrum.

Writing has always been a part of her life–like breathing and chocolate. 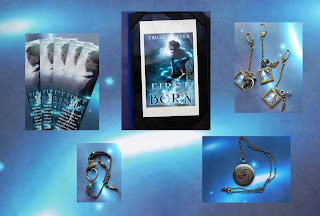 Also there is an ongoing contest during the blog tour  for the chance to win a Lily Locket Necklace, the contest will include having readers casting character pics of Lily Moore & Detective Simms and posting them to the page listed below.
https://www.facebook.com/events/379653952151598/ 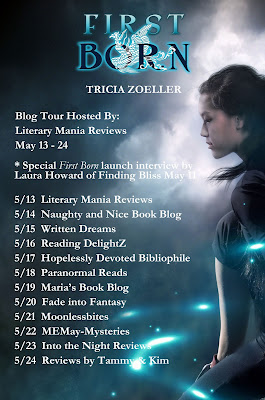 Posted by Paranormal Reads at 3:00 AM