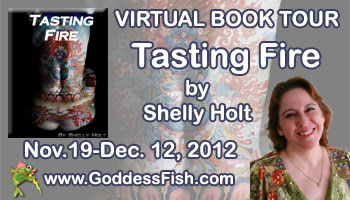 Hello everyone! We have a lot for you in this post so be sure to check it all out. This was a very different book and I really enjoyed it. First up is the book blurb and an excerpt from the book. 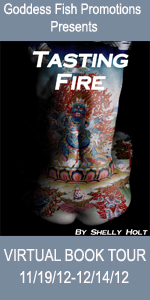 Book Blurb
Shape-shifters have always walked the earth. Shrouded in myth and folklore, hiding in the shadows, watching and waiting. Advances in modern science are now about to reveal them to the world. Kai Tenzin is the self appointed leader of the Pari people. He and his kind evolved from the most reclusive predators on earth. They live and hunt in the most fearsome and rugged terrain known to man, the Himalayas. Kai leaves his small village where the mountains touch the heavens, determined to do anything to protect his people. When he is forced to enlist the aid of the beautiful American scientist Dr. Rae Hales, the last thing he expects to find is a woman who will ensnare his heart and endanger them all. Their action-packed adventure will take them around the world to discover the truth behind the legends and reveal the future of humanity.

Excerpt
“My name is Kai Tenzin.  I was born in a village high in the Himalaya mountains of Tibet.
I am a Pari.  My people are born with the ability to transform into the animal you call the Asian Snow Leopard.  The Pari have been among you since the dawn of human civilization.  We have seen humanity at its worst.  We have watched from the safety of our mountains, as human tyrants unleashed their destructive fury and let the blood of the innocent flow freely over the land.  For centuries we have cowered in fear of what horrors the human heart would unleash upon us if discovered.  We always strived to know the animal within us, but we always considered humans to be the true beasts.  We feared you and did not wish to know you.

I am guilty of that crime more than any others of my kind, and yet, I personally have seen human compassion in action.  When it does happen, it is an act of such profound beauty, that the darkest place in the universe, namely, the human heart, can not hide the infinite luminescence that shines forth.  You have it within each and every one of you to be a shining flame that brightens the darkest night.  We should have had more faith in that.  I should have had more faith in your humanity and my own.  Instead, I chose to help my people to continue to hide in darkness.

We stole from you the chance to know us and hid where only hate and fear can grow.  For that I apologize and can only ask for your forgiveness.  I stand here today, humbly begging you for a second chance.  If we possess the courage, together, we can open our hearts to each other.


Dr. Rae Hales quits her scientist job after she finds out her boss and lover has been trying to buy and kill four snow leopards in order to study them inside and out. They are endangered species and she wants no part in it. As she sits in a diner a man comes to her and offers her a job helping study the animals and tell hers he is only out to help them. He is Kai Tenzin and he has a secret he is the leader of the Pari people who actually are shapeshifters. The race is dying out and they need her help. She agrees to work for him and so begins the journey of overcoming evil scientists, helping a race and maybe even falling in love.

Rae is a different character than you would think. She is really smart and beautiful but she cares only for helping others it seems. Her mother did everything she could so Rae could have things she needs. It made her a very down to earth character. Kai is a hot Asian shapeshifting snow leopard. What is not to love there! It is a different type male lead than the usual. He is rich but mainly uses it for the good of his people.

The plot is a good one. A scientist  and a shapeshifter out to save a dying race facing a clock running out and them either dying out or being discovered. There is several actions scenes so that is good. It keeps you on your toes and some times it kept me holding my breathe thinking true horror was about to happen. Reading about Rae and Kai trying to be together and something keeping coming between them you can understand when they get aggravated. When they do get together it is very steamy and enjoyable. I did enjoy this a lot but a few things kept it from being great. At time I felt like a few things got dragged along and then like the ending it felt rushed. If it had been longer it would have been better. It is still a good read and I will look for more from the author.
4 out of 5 Bats ~Pam 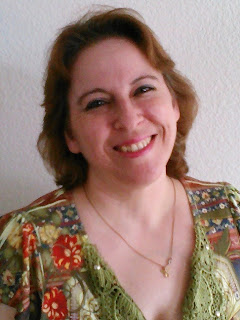 My name is Shelly Holt and I live in the middle of the harsh and unforgiving Mojave desert. I write my stories looking out of a window that shows sweeping desert views. Outside is a barren and severe landscape, yet inside my head lives a world filled with exotic shape-shifters come to life, pulled from the pages of myth and legend, ready to entice and seduce any reader brave enough to take them on.

It's funny, I never wanted to be a writer!  In 7th grade English, we were given an assignment.  We were told to write an original poem and turn it in the next day.  I was determined to turn in not a good poem, but a great poem.  I spent the whole night working on it instead of watching my favorite show, The Waltons.  (Hey! it was 1980.)  I turned it in the next day.  Apparently, I succeeded a little too well and was accused of copying it from a book. (1980 remember, no internet yet).  The teacher stated and I quote "this is too good for a seventh grader, where did you copy it from?"  Well, I didn't write for 30 years after that. In my 40's, after a life changing move to rural Nevada as a caregiver to my father, I realized I needed a way to earn a little money on the side.  I did some research on the internet and read all about a certain little book, about a certain little college student and a handsome billionaire with some ahem! (issues.)  I decided after reading that book, I could do that, and Tasting Fire was born. I'll admit it's been strange revisiting a talent buried deep inside for so long, forgotten, but apparently not lost. It's been an important journey and one I am quite thankful for and excited to see where it takes me.

P.S. Mr. Jordan, I really did write that poem!

Shelly Holt's Top Ten Christmas Movies
1.  Bad Santa – A dirty and politically incorrect, yet hilarious and warmhearted tale of a criminal (Billy     Bob Thornton) who learns the true meaning of Christmas from a neglected boy.

2.  Love Actually – The ultimate chick flick, set in tinsel and glitter, with an all star cast that twinkles brighter than the tinsel.

4.  Gremlins – Came out when I was in high school, it represents what was best about growing up in the 80s.  All you 40 somethings remember the rules?  1.  Never expose a Mogwai to bright light, especially sunlight which will kill it. 2. Never get it wet.  3. The most important rule ..don't ever feed it after midnight.

5.  A Christmas Story – A hilarious movie about the getting the toy you really want for Christmas.  P.S. You'll shoot your eye out!

6.  The Family Man – Nicolas Cage and Téa Leoni had perfect chemistry together as young family living the American dream (which is apparently to manage a tire store.)

7.  National Lampoon's Christmas Vacation – Clark W. Griswold and Uncle Eddie back together again with a million volts of electricity.  Not as good as the original vacation, but it will do.

8.  The Nightmare before Christmas – utterly original Tim Burton.  I'm not a huge fan of his aesthetic style, but such a charming movie it had to make the list.

9.  How the Grinch stole Christmas – Based on the Dr. Seuss classic. I loved the book, liked the movie.  I probably would have loved the movie if it hadn't been so overly merchandised at the time.

10. Babes in Toyland – The only movie on my list that was actually filmed before I was born.  If you haven't figured it out yet, I'm not a fan of old movies.  I think this was the first Christmas movie I ever saw.  A charming musical with Annette Funicello and Ray Bolger.
Great movie picks! Now for the giveaway. Shelly will award a $20 Starbucks GC to one randomly drawn commenter during the tour.
Be sure to comment and follow the tour to better your chances.
Follow the Tour Here.

Posted by Paranormal Reads at 1:00 AM