Raven in the Grave blog tour

We are so excited to host author Rae Hachton of Pretty in Black series today. 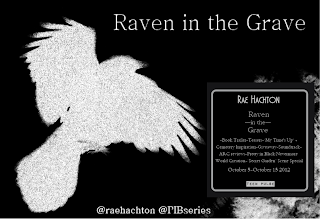 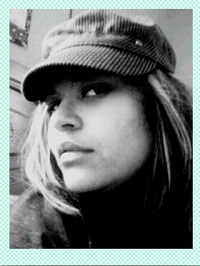 Author Bio:
I am the author of Pretty in Black I'm also a self-proclaimed Vampire expert, and highly fascinated by Zombies.


My nom de plume is Rae Hachton, but my real name is Desirae. I write novels for young adults. I am the author of the Pretty in Black series, which is a Gothic Romance. Some of my favorite things are moonflowers, ravens and crows, The Raveonettes music, black roses, railroad tracks, the Victorian era, and cemeteries. If I could be a time of day, I would be 5:55 p.m. or that magical hour during sunset. More things that I like: Violin music, spiders & cobwebs, 50s music, skeletons, Dracula, & Castles. Also, I love Jones Soda and Pocky, and wishes Halloween were everyday. 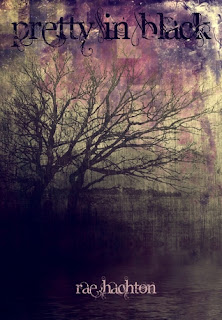 
She wanted to die. He arose from the grave. He was sent to kill her. She was trained to kill those of his kind. But fate had other plans. He searched for 119 years to find her. & There's no way in hell he's letting her go. Dead or Alive. They're fated.

Destroy? Or be Destroyed?

We meet Ellie at the beginning who has decided to end her life. Even though it’s a graphic scene the author does some creative writing to introduce us to the love interest Marcus. He asks Ellie for a kiss and dance. I was a little confused weather this was a dream or not but Rae writes so well that it didn’t even bother me.

I really liked Ellie even though she was dark and loves cemeteries but with the death of her sister and the upheaval of her life you understand why she acts the way she does.  My only issue with her is I wish she would have realized her feelings for Marcus sooner. Marcus is just swoon worthy. He holds nothing back when it comes to his feelings for Ellie which I found refreshing in a YA book.  I really loved the new Paranormal aspect in this book. Marcus is something new in a genre filled with vampires, werewolves, angels, etc. Don’t get me wrong I love all those beings but it’s nice to have new ones.

If your looking for a fresh new take on the paranormal pick up Pretty in Black. It has become one of my best reads of 2012. 5/5 Bats 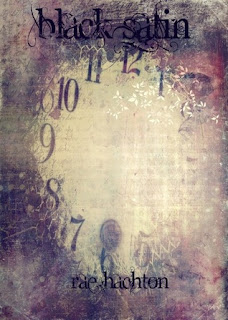 Synopsis:
What if you weren’t who you thought you were?


What if your whole life changed in an instant and you were released to a new identity?


What if you were forced to kill the one you love?


What if everything you knew wasn’t real, and you awaken to a new world?


What if love could take you to unknown places? How beautiful is death really?

Marcus Marble has disappeared from Ellie’s life, and she needs answers to questions and he’s the only one who can answer them. How is her sister back from the dead, and why is Ellie still alive? When Ellie realizes Marcus isn’t coming back, she is forced to move on with her life the best way she can, in hopes of finding the answers herself, but when people at school begin to be viciously murdered, and Giles reveals to her a life changing secret, she decides to investigate the possible truth of it. What she discovers is more than she thought she would. The only time Ellie feels normal is when she’s around Walter, the new guy at school. And normal is how she wants to feel, now that Marcus is gone from her life. But Walter may not be all that he seems, either, and she just might spiral in to an even more dark world, she never thought possible. And when it occurs to her that Marcus has made the decision to pass on through to the afterlife, during the Risorgimento, she races against time to stop him, while knowing she has feelings for Walter, too.
Will she make it in time to stop Marcus from passing through, and if she does, what will she tell Walter? Her heart will have to make the final decision. But will the choice be worth dying for?

Thank you for stopping by on our stop today. I wanna thank Rae for letting me review her amazing book and being part of her blog tour.
~Sabrina

Now for the giveaway:

Posted by Paranormal Reads at 12:01 AM