Hey all and welcome to Our Author Spotlight with Shanora Williams. We will be sharing quotes from her books on our Facebook page today so be sure to check them out. On to the interview!!

Paranormal Reads- Tell us a bit about yourself...
Shanora-Well, I live in Matthews, North Carolina. I was born and raised here and I love it. I have a HUGE family! Six siblings, and a load of aunts and uncles with more than two or three kids. I’ve been writing since I can remember and reading is always a joy for me.


Paranormal Reads- What or who is your biggest influence when it comes to writing?
Shanora-My biggest influence would be my family. Honestly, if it weren’t for their encouragement, I would have been given up on writing.
Paranormal Reads-Your Helena Zane series is about Angels. What makes these Angels stand apart from the other series that focus on Angels as well?
Shanora-Well, these angels are WARRIORS! They kick a lot of butt and they are called Sacred Angels because they were created by a particular god or goddess and hold a lot more strength and power than the ordinary angels in the book.
Paranormal Reads- Is Helena based off of anyone you know?
Shanora-To be honest, no. But I will say that Helena is a character that I admire because she’s strong-willed, dedicated and almost like super-woman with wings to me. :)
Paranormal Reads - Who was the last person you hugged?
Shanora-Haha. My boyfriend would be the last person that I’ve embraced.
Paranormal Reads - What was the last book you read?
Shanora-On Dublin Street by Samantha Young. Best. Book. Ever.
If you haven’t read it, I would dive into it. To this day, I still can’t stop thinking about it.
Paranormal Reads -The Story of Jackson Haddock releases next month. What was your favorite part of writing this book?
Shanora-Well the idea of Jackson started because of a very vivid dream. And the weird part about the dream is that I was in his shoes—had his hands and everything. I witnessed everything that he went through and I immediately starting writing the book that day. I knocked out at least four chapters the first day. My favorite part of writing it would probably be the fact that I actually finished it. I knew nothing about him but as I developed him, we became attached and into one.
Paranormal Reads - Out of both of your published books, which character do you really 'connect' with? Which one don't you?Shanora-I feel that I connect most with Jackson Haddock. He is a bold character, a fighter and I love people that try to keep their heads up and won’t stop fighting until the fight is over.

Paranormal Reads - Favorite food dish?
Shanora-Shrimp linguini with garlic bread!
Paranormal Reads -Can you share with us a bit about your works in progress?
Shanora-The book that I am working  on right now is the first book of the OBTAINED series.  It is the first book of the series and is titled OBTAINED and here is the synopsis, if interested.
Jules Maddox isn’t just some familiar guy that sits at the corner table of the coffee shop and sketches in his sketchbook. No. He’s something much darker and mysterious than that and when Alexandria Marshall—a happy-go-lucky girl that can’t remember a thing about her past—speaks to him, she isn’t surprised to see Mr. Hot/Creep run off quickly without saying a word. That leaves Alexandria with no choice but to wonder what she’s done to make him react that way towards her. Is it something from her past? She feels as if she knows him but she can’t put her finger on it. And without being able to remember her past, she feels that she will probably never figure it out.But after being assaulted and attacked in an alley of New York, Alexandria figures out that Jules isn’t normal and has a reason to be secretive and mysterious. As Jules fights off her attacker, she witnesses his glowing eyes and fists. It’s not until Jules is finished that he realizes what he has just done and once again, he runs away without a word.Alexandria can’t keep Jules off of her mind but when Felix Wells, a rich architect, appears at her door step, everything begins to unravel and reveal itself. She falls for Felix on the first day and when Jules finds out, he isn’t pleased but instead of running off like he usually would, he decides to tell her everything that he knows and what they really are. What Alexandria doesn’t know is that she and Jules are mates and if the “Leaders” find out that she is being drawn in by more than one mate, their lives will be at stake. Jules didn’t want to risk telling her but he refuses to lose her to Felix who much more dangerous than an architect.But no matter how much Alexandria tries to forget about Felix and stick with Jules, Felix just comes back effortlessly to obtain her again. Because now she knows everything-- her mates know everything-- and if the Leaders find out, they will be sure that the lives of Alexandria and Jules cease to exist.
Paranormal Reads- What is something readers would be surprised to learn about you?
Shanora - I LOVE CARTOONS. If I’m not writing or reading and I just want to relax and watch TV, the first channel I flip to is Cartoon Network or Nickelodeon.  Haha. I’m a big kid but it keeps me creative.
Paranormal Reads-Describe your typical day.
Shanora - Let’s see.
I wake up really late, check my phone for emails and Facebook updates. I’ll grab a bowl of Cinnamon Toast Crunch or Frosted Flakes and head straight for my laptop to begin writing or responding back to people that have questions for me online. If I don’t have much to type that day or my creative juices just aren’t flowing, I lounge around and read!
Paranormal Reads- Anyone you want to send a shout out to?
Shanora-I would love to thank my family! I would also love to thank the admins of Paranormal Reads for being such darlings to give me a spotlight. It means a lot to me. I would also like to thank everyone that takes time out to read my teasers and books. Everyone that is supporting me is great and if I tried to list everyone, it would stretch out to the length of a novel. No joke. 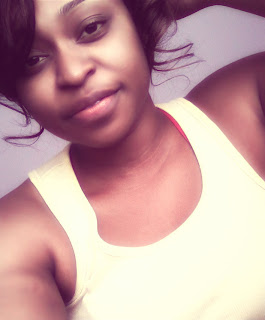 Author Bio:I am the Author of the YA Paranormal Romance series Helena Zane and also the author of the New Adult Contemporary Romance and Action novel The Story Of Jackson Haddock. When I'm not writing, I'm reading or watching cartoons like a big kid. I live in Matthews, North Carolina and I have a wonderful family that you will hear me brag and talk about all of the time. Whenever I just want to get away from words, I'll spend some time with my loved ones, eat gummy bears, or go get a drink from Starbucks-- depending on the weather. My favorite hot drink during winter is a White Chocolate Mocha with whipped cream and my favorite cold drink is a Strawberry and Cream Frappuccino!
Stalker Links:
Facebook Fan page: http://www.facebook.com/ShanoraWilliamsAuthor
Goodreads: http://www.goodreads.com/author/show/6476392.Shanora_WilliamsBlog: http://shanorawilliams.blogspot.com/

We would like to thank Shanora for being with us today. Be sure to go by the facebook page today to see quotes from Shanora's books.

Posted by Paranormal Reads at 9:00 AM