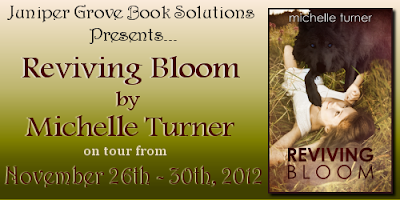 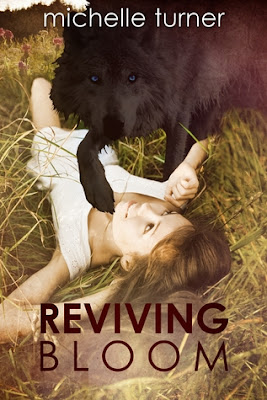 Synopsis:
Bloom was abandoned by her mother at birth, but thanks to her dad she never once felt unloved. When he is killed in a car wreck, leaving her without any close family, she spends a year mourning him. Her heart has been cut out of her chest and nothing is left but an empty hole that she doesn’t think will ever heal. Then one night after work she finds a wounded dog in the woods behind her house and takes him in, not realizing he’s more than just some stray dog but a wolf shifter, who happens to be her mate.
Pike is getting over the loss of his father by running full force away from his responsibilities. He’s getting ready to go back to face his new position as the Alpha of his pack when he catches the scent that can only belong to his mate.
When Bloom finds out she may not be the normal human she always thought herself to be, she’s forced to search out the woman who abandoned her at birth.
Amazon | Smashwords | GoodReads

Excerpt:
“Pike, I’m far from perfect,” I sigh, hiding my face back behind the door under the pretense of gathering the cooking supplies. I hear him hop down seconds before I feel his arms wrap around my waist.
His lips pressed to my ear and he whispers, “In my opinion you’re perfect and anyone that disagrees will have to answer to me.” Moving his mouth farther down to the crook in my neck he breathes, “Though you should know this little freckle right here might be the reason you are so perfect.” Then he takes my breath away by planting those deliciously kissable lips right on that freckle. I grab the counter in front of me and slam my eyes closed, praying for him to only move those lips if he’s going to take them from my neck to put them on my mouth, and for the first time since this madness began I thank the lord he can read my thoughts because he spins me around and gives me exactly what I was praying for.
He starts gently but when I throw my arms around his neck digging my fingers into his raven hair his lips become demanding and I part my lips so he can join his tongue with mine. We can’t get close enough, can’t get enough, and in that moment I feel fairly certain I’ll never be able to get enough of this man in my arms. His kisses taste sweeter than hot chocolate, chocolate chip cookies, and hot fudge sundaes combined.
My Review

Bloom's father has been dead a year now and she continues to grieve for him. She never knew her mother as she ran out the day after Bloom was born. She is surprised when she is awakened from her sleep one night by a big dog caught in a trap. She frees him and helps clean him up. The dog and her soon become attached to each other. What she doesn't realize is the dog is actually a shifter named Pike and they are meant to be mates. Pike is a long way from home as he deals with his  own guilt over his fathers death. He never expected to find his mate but knows he isn't leaving without her. They have a lot of problems to overcome besides him being a shifter. Her mom may come between them and a person with a grudge against Bloom is out to get her.

The characters in this book are amazing!! Bloom manages to hold it together no matter what is going on and tries to keep a strong front up even when she is still mourning. I feel a connection to her and it grew more and more as the book went along. Pike what can you say but he is a hot, funny shifter who wants to protect his mate from everything but still let her be her own person he is wonderful. Sorry but even finding out why Bloom's mom left I still hate her. I just don't think I will ever like her. Now one of my favorite characters is Bonnie. She is Bloom's best friend and you couldn't ask for a better one. This girl stands by Bloom's side no matter what. Well there may one thing that scares her but I won't say what it is. This is a great character she is so funny and loyal. I really hope she gets her own story.

To say I enjoyed this book would be an understatement. I really loved it really felt I got to know the characters and the plot was amazing. It has the love story between Pike and Bloom which is awesome. The action has a good steady pace and you get to know the world you are reading about. It has shifters and that is always good. the only thing that felt wrong was it didn't faze Bloom to much to learn about shifters but after seeing her feelings it helped me believe it. Be sure to check out this great book.
5 out of 5 Bats~Pam 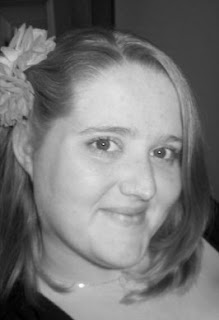 Michelle is a 28 year old native Ohioan. Go Buckeyes! She lives with her husband and son. When she isn't spending time with her family or working you can find her with her nose stuck in a good book. On October 3, 2012 she released her first book as an independent author, Reviving Bloom.

Be sure to enter the easy rafflecopter below for your chance to win some great prizes.
a Rafflecopter giveaway
Posted by Paranormal Reads at 12:00 AM