You know what that means! An author and some awesome books to hear about!
I know we are excited about today and what we have in store for you all.
Sooo without further ado we present to you.... 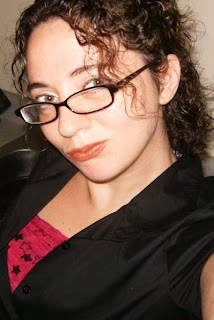 Author Bio: Other than the full time duties of motherhood, superb wifedom, and otherwise
indentured slavatude (a new term for housework; it’s like servitude but more restrictive), Lindsay uses her spare time to write what the voices in her head tell her to.  Thus far insanity has resulted in two published books, and more half-done works awaiting an end result when the voices come off strike.

I got to take the time to interview Lindsay and would like to thank her for answering my questions. :)

1. Tell us a bit about yourself.. I'm Lindsay Weigel- I don't use a middle name, though I do have one (I'll never tell either). I am 29 years old and will never turn thirty, ever!  I am married to the perfect man for me; most of the time I wonder why he choose me, then I think to myself, "Would you question being a millionaire-no! So shut your mouth and enjoy it." I am a mother of two, a boy and a girl; No there will be no more children in my future I have one of each kind. They drive me bonkers but I love them dearly, which means they are healthy and normal. If you have anymore questions feel free to ask- I'm mostly an open book but some questions you may have to work for an answer. LOL

2. How did you get interested in writing? I think most everyone has the same answer so I'll be completely cliche' when I say, I've always enjoyed writing. But a couple-few years ago I finally had complete thoughts enough to write a novel, so I did.

3. What's the hardest you've run into with writing? How did you over come it? I'll let you now once I've overcome the writer's block I'm having right now.

4. How did the idea for Reacquainted come about? A thought about a man brushing a woman's hand and events being transmitted to her as though she were watching them take place. From there, I worked out some characters, a story line, then poof-there you have it, Reacquainted.

5. Your newest adventure is A Good Minion is Hard To Find, A Novella. Was it hard to go from a YA Romance, Reacquainted, to an Adult fiction? Um... no. I think as people we have so many facets that make us who we are, not only in general but especially around others. Every friend or family member pulls forth another part of you, its not to say we are different around others as much as it is them bringing out different sides of us. That being said, I have a romantic side, which was (what I hope) Reacquainted shows; and then I have a seriously twisted sense of humor- which is why A Good Minion is Hard to Find had to be written.

6. What's something readers would find surprising about you? I don't call myself an "author." I suppose, technically, one could presume that I am- but I don't. I say, "I write in my spare time." I don't know if I ever will call myself such a prestigious word or even what I categorize an author as being, I just don't think I am one right now.

7. If you could live anywhere, where would it be and why? Boston, Massachusetts. I lived in Mass for quite some time, (never in Boston though) and I have always loved the way it feels in Boston. There is a comradery there that I don't seem to find elsewhere; I would love to be part of that.

8. We both share a love for food. What's your absolute favorite dish? This question right here shows that Tif wrote this; as she and I do spend a little time sharing food pictures with each other. I'd have to say either Shepherds pie or beef Wellington and mashed potato's. Don't mistake me by picking favorites, I will eat most anything.

9. What's the worst job you've ever had? I won't name names, however I will say that a little gas station in a small town has taken the cake.

10.Chocolate or Vanilla? Vanilla! I like eating chocolates sometimes but when we are talking: cake, cookies, pastries, and flavouring- vanilla all the way.

11. Who has influenced you the most when it comes to writing?  Christopher Moore- whom I believe to be one of the best fiction writers ever! My friend, Shawn. He hasn't written a book yet but I keep praying that he does because he is a beautiful writer. Other than that, it keeps me going when(yup there will be a small list): My cousin, Beth gushes; my best friend Jackie laughs, my mother when she gets that "Awe Lindsay, I'm so proud of you honey," squeal that she gets; the gleaming twinkle in my husbands eyes when he is proud, and MOST of all the response I get from readers. You guys make my day- you have no idea!

13. Are there any works in progress you can share with us? I sure can! A Good Minion is Hard to Find may have a sequel A Good Mistress is Hard to Find. I say may because who knows if and when I will get out of this terrible writers block. The other novel, (this one could take years) is Gatekeepers of Fate.I'll be sure to let you know if and when they are finished.

14. Any shout outs you would like to add? Tif and Sabrina- I don't know how to express to you girls just how much I adore you but I'll try every chance I get. Thank you! 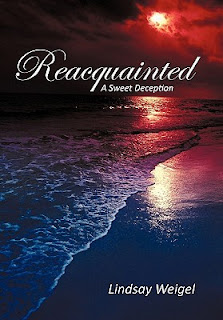 Single and known for never finishing a romance novel, Laurie Wilcox is a creature of habit whose work consists of picking up after customers and helping them choose skimpy, yet still legal, outfits. In Fall River, Massachusetts, life is mundane to say the least-that is, until a handsome stranger walks into her store and changes her life forever. While the stranger pays for his purchase, his hand grazes Laurie's. Suddenly, she is fed an image of a man with fangs who is about to bite. As he smiles and leaves, Laurie experiences a weird, almost déjà-vu feeling. But when the stranger returns and invites Laurie and her co-worker to a dance club, Laurie is disturbed. Something about Alexander Young is making her feel uneasy, but despite her worries, she finally agrees, opening herself up to new experiences and a potential romance. But when a part of Laurie's life is put into question-as well as the people in it-she must decide whether friendship, life, and most importantly, love is worth all the sweet deception. 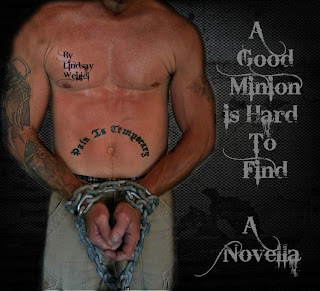 Never desiring a man for purposes other than feeding and fornication, the Countess continued her search for a good minion.


Naturally, the minion she now possesses, Jason, is sexy and willing to be subjugated to the point most men would find humiliating; but he is also an ignorant piece of perspiring filth. Therefore, not only undeserving of her time, but the immortal gifts in which she could bestow. Thus far, no one had been worthy of her gift, never mind being on her arm for eternity.


That is, until she meets Jason's brother, James, who is the polar opposite of Jason. It may be problematic that he is engaged to someone else, but that isn't an issue for the Countess.


At least, that is what she believes…

We would like to give a HUGE thank you to Lindsay for allowing us to share her work with you all. Make sure you stop by the facebook page, Paranormal Reads, to see the teaser/quotes from each book.
We hope you found something interesting and as always, Happy Reading.

Posted by Paranormal Reads at 10:12 AM