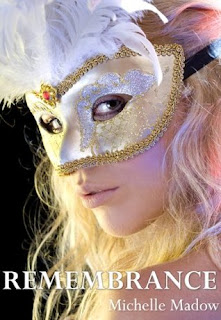 Goodreads Blurb
Lizzie Davenport has been reincarnated from Regency Era, England ... but she doesn't know it yet.Then Drew Carmichael transfers into Lizzie's high school at the beginning of the year, and she feels a connection to him, almost like she knows him. She can't stop thinking about him, but whenever she tries talking with him about the mysteries behind her feelings, he makes it clear that he wants nothing to do with her. Reaching him is even more difficult because she has a boyfriend, Jeremy, who has started to become full of himself after being elected co-captain of the varsity soccer team, and her flirtatious best friend Chelsea starts dating Drew soon after his arrival. So why can't she get him out of her mind?Even though Lizzie knows she should let go of her fascination with Drew, fighting fate isn't going to be easy.

Lizzie is your plain teenager. She loves to read, has a boyfriend who is moving into bigger social circles that she just doesn't fit into, a best friend Chelsea and thinks her life is kinda simple. That is until Drew comes to town and she feels an instant connection to him. The main problems are Chelsea sets her sights on him as well and Jeremy her boyfriend. While she tries to hide her attraction to Drew she begins to have flash backs to a previous life were Drew seems to play a big part of and he also seems to know all about her past life. First off this cover is simply beautiful! I love it and when you read the book you will see it fits it perfect. Now as for these characters some of them I liked and some not so much. Lizzie is a good character she tries to hide what she feels cause she knows it is wrong for so many reasons. Lets face it she is a booknerd. Hello Instant love a booknerd character. Jeremy her boyfriend is a controlling jerk in my opinion. He gets a big head when he gets into the cool crowd. Chelsea is a good friend but at times got on my nerves with her boy crazy things she does. She is the type of friend you love even if you want to smack some sense into her. Drew what can you say about Drew. He is charming, good looking and does try to stay away from Lizzie for her own good. There is many other characters that play a part in this book to many to mention but I will make a mention of Lizzie's mom. She got on my nerves. She has Lizzie's life all planned out not really caring what Lizzie wants. The plot of this book is good. Teenagers from todays time being reincarnated from a past time. The author did a good job with this aspect. You really get a feel for Lizzie as you read this book. Her thoughts and feelings are well shown through the great writing. I was surprised towards the end when more of their past lives were revealed. The only reason this is a 4 instead of a 5 is I wanted more into Lizzie and Drew's past, but I am hoping the next book has that. It did get a bit of a slow read at times but the ending more than made up for it. I would recommend this to anyone who loves a YA love story, Reincarnation story or just a great book to dive into. I don't give spoilers so I try to write my reviews in a way that doesn't give them.

Posted by Paranormal Reads at 12:00 PM